Click fraud is currently one of the most serious problems advertisers on Google Ads and other pay-per-click (PPC) platforms are struggling with. Does Google effectively protect your marketing budget against fraud? 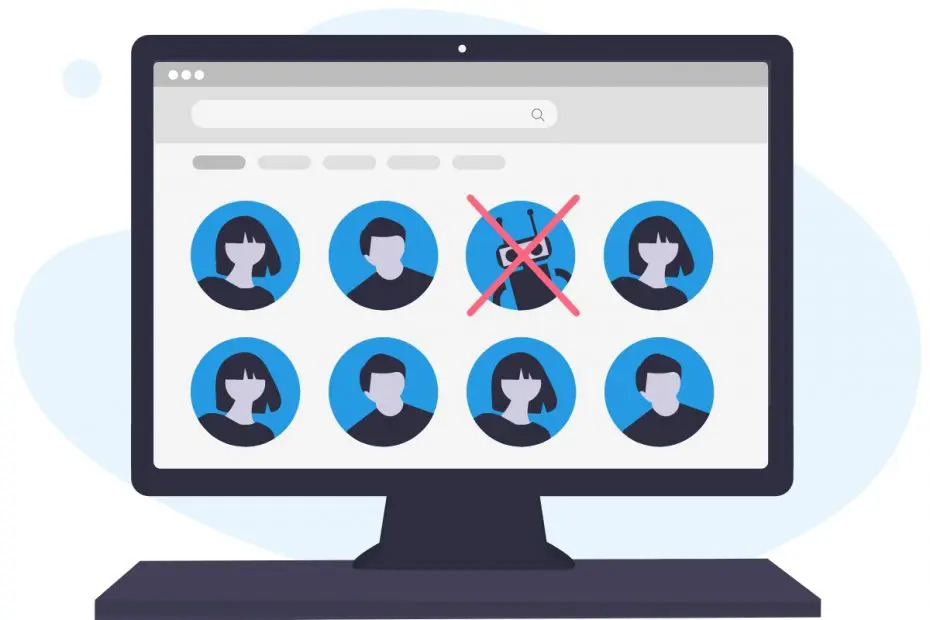 Click fraud is currently one of the most serious problems advertisers on Google Ads and other pay-per-click (PPC) platforms are struggling with. Does Google effectively protect your marketing budget against fraud?

How much can you lose due to fraudulent clicks?

It’s hard to evaluate the actual scale of click fraud given it’s not easily detectable. According to the recent estimates, companies lost from $6.5 to $19 billion due to invalid clicks in 2018. Even if you consider the lower threshold as possible, the amount millions of advertisers from all around the word lose due to fraud & false clicks is staggering. A forecast for 2022 increases the loss caused by click fraud to $44 billion.

The number of fraudulent clicks in competitive & popular industries may constitute even 20% of all ad interactions. That means, out of five ad clicks one is fraudulent wasting the advertiser’s money — and this money is yours.

Google and other PPC platforms, as they acknowledge click fraud has a negative impact on the perception of PPC advertising, try to both prevent and limit that dirty business in a variety of ways. After all, it’s in their interest to care for advertisers and advertisers’ money. Correct?

According to Google, both a dedicated software and a staff of people work on combating and detecting fraudulent clicks. To this end, Google uses advanced algorithms to filter out incorrect clicks in real time. As that filtering isn’t able to spot all fraudulent clicks, so-called Ad Traffic Quality Team manually analyzes and deletes clicks they consider incorrect. All anti-fraud activities are performed before advertisers are charged for ads and none of those actions are ever revealed on your Google Ads account. In theory, you as an advertiser pay only for real clicks. And what if you still detect suspicious visits to your site? You can report it to Google.

If you think that something strange is happening on your ad account, that maybe the Google staff overlooked some fraudulent clicks, you can ask them to investigate. They will take up your case within a few days. If the suspicious clicks really resulted fraudulent, you’d be paid back for them. That’s it when it comes to theory. What about practice?

Does Google detect all fraudulent clicks?

No, of course. On the one hand, Google is aware that click fraud is a problem for advertisers so its system has tools to detect frauds. On the other hand, is detecting all incorrect clicks in Google’s interest as it actually earns on them? As a result, Google detects fraudulent clicks but not all of them.

Payback works in a similar way. Firstly, the procedure requires you to fill out a complex form, in which you need to demonstrate clear evidence of fraud, and secondly, you need to wait for decision. Effects? It’s very rare for Google to perform a full payback. Often they recognize as fraudulent only some of the concerned clicks but most often they just reject your claims.

There are a few reasons why Google’s click-fraud detection system is far from being perfect:

Not all clicks Google considers suspicious are fraudulent

In practice, Google is doing well when the problem concerns bots, which are identifiable easily based on their IP addresses and behavior. But when it’s a person that clicks on ads manually, the system may erroneously treat such clicks as valid.

Identification based on IP isn’t perfect

Google sees IP addresses from which clicks originate and treats each IP as a separate user. But what if someone uses multiple IP addresses? Google charges you for each click. To resolve this issue, Google lets you manually block IP addresses. Wait a second — To block frauds, you need to know their IP addresses first, right?

No VPN filtering in Google Ads

Google doesn’t let you block users connected through VPN. Due to missing that filter, Google charges you for all clicks from VPN. So what if the fraud takes advantage of a VPN? You are helpless. Thankfully, such a filter is available in Ads Defender.

A browser not allowing JavaScript is a signal some bots may use that browser for click fraud. There’s no reason for normal users to block JavaScript in their browsers. Unfortunately, Google filters don’t detect such cases. In Ads Defender, you can filter out IP addresses that use browsers blocking JavaScript.

In Google Ads, you can’t block anyone who clicks your ads too often

In advanced fraud-detection tools, like Ads Defender, you can set a click limit per user. That means, if a person clicked your ads three times within seven days, their IP address will be blocked and they won’t be able to click your ad for the fourth time. There is no option like that in Google Ads, where you have to depend on a system that determines the number of clicks a single user may produce before considering them invalid.

Apparently, you can’t fully rely on the click-fraud system used by Google Ads.

How to deal with frauds then?

A solution is to reach for external tools equipped with advanced functionalities (e.g., VPN blocking, disabled JavaScript blocking) that let you detect each fraudulent click. Ads Defender monitors your PPC campaign 24/7 and, when required, alerts you about the danger and blocks all suspected users right away.

With Ads Defender, you are sure that your ads are not sabotaged. And you don’t worry about click fraud anymore. 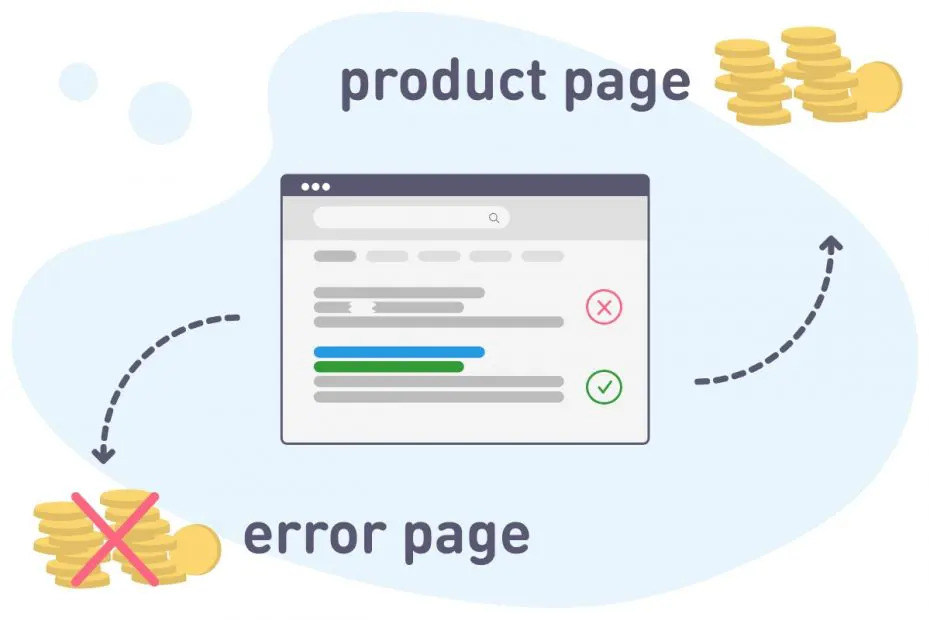 How to quickly detect broken links?

No doubt, broken links in an ongoing ad campaign make you waste budget and just damage your brand. Firstly, you spend budget on ads directing to an unavailable page (e.g., product page). Secondly, customers become discouraged towards your offers. 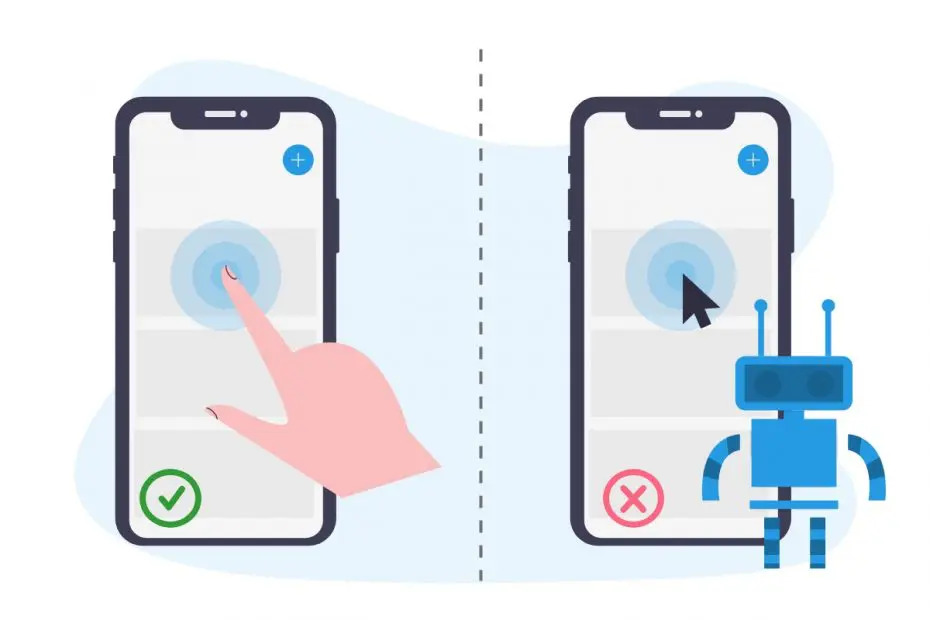 How to prevent clickfraud?

Click fraud happens when people or dedicated bots click ads to inflate costs of an advertiser’s campaign. The finance industry is the most vulnerable against click fraud, which produces almost 22% of all clicks in that business.